So the model is a MFH 1/20 Ferrari 312F1-69 British GP (1969). This is my favourite Ferrari 312-69 with it’s bizarre Thunderbirds 2 inspired oil cooler with adjustable rear wing elements attached to it. This wing pose split at two different angles is how it raced at Silverstone in 1969 because Copse, Becketts, Stowe, Club and Woodcote corners are all right handers with Magotts, Chapel and Abbey being relatively fast open left hand corners. Chris Amon ran very quickly and was certainly within a whiff of the front runners until normal Ferrari reliability played it’s part with gearbox problems and ultimately retirement.

The build was a heady mix of wanting to throw it at the wall and at other times enjoyable. Parts fit and engineering was sub-optimal to be kind about it. After careful study of the model and my references my objective was clear. I could rectify all the errors and take a year or more to build it, all the while running the risk it just saps my motivation to the point where I become sick of it and never finish it, or, build it inside a month, correcting obvious British GP mistakes and accepting all the remaining errors. So I went for the latter.

So a short list of corrections. The white metal oil cooler shroud was reshaped with low temp solder and sanding to something closer to the real thing than what was provided in the kit. Oil and coolant lines and some reservoirs were moved and oil, water, brake and fuel lines added typical of the British GP prototype. Swapped out some over scale tubing to the rear suspension trailing arm links, and driver mirror supports. Extra decals from the spares box were added (Firestone to front wings and Koni near front suspension) that were missing. I should also point out the decal placement guide in the MFH kit is a mess for the British GP.

I also added a scratchbuilt throttle body and linkages, and fuel scavenge pumps to the back of the monocoque fuel tanks. The model was painted with my usual Mr Color and Tamiya acrylics.

about shape errors etc on some new kit or other? This kit taught me a few things about appreciating my kitsets, that despite their flaws need to be celebrated for how good they really are. My recently completed 1/48 Airfix Spitfire Mk.V kit was virtually bereft of flaws by comparison to this MFH kit. The Airfix kit to my eye had no obvious shape errors or missing parts typical of it’s mark. The MFH kit not only had shape flaws but so many errors I lost count.

Despite my grumping the finished model captures July 19th 1969 and that’s a win in my books. 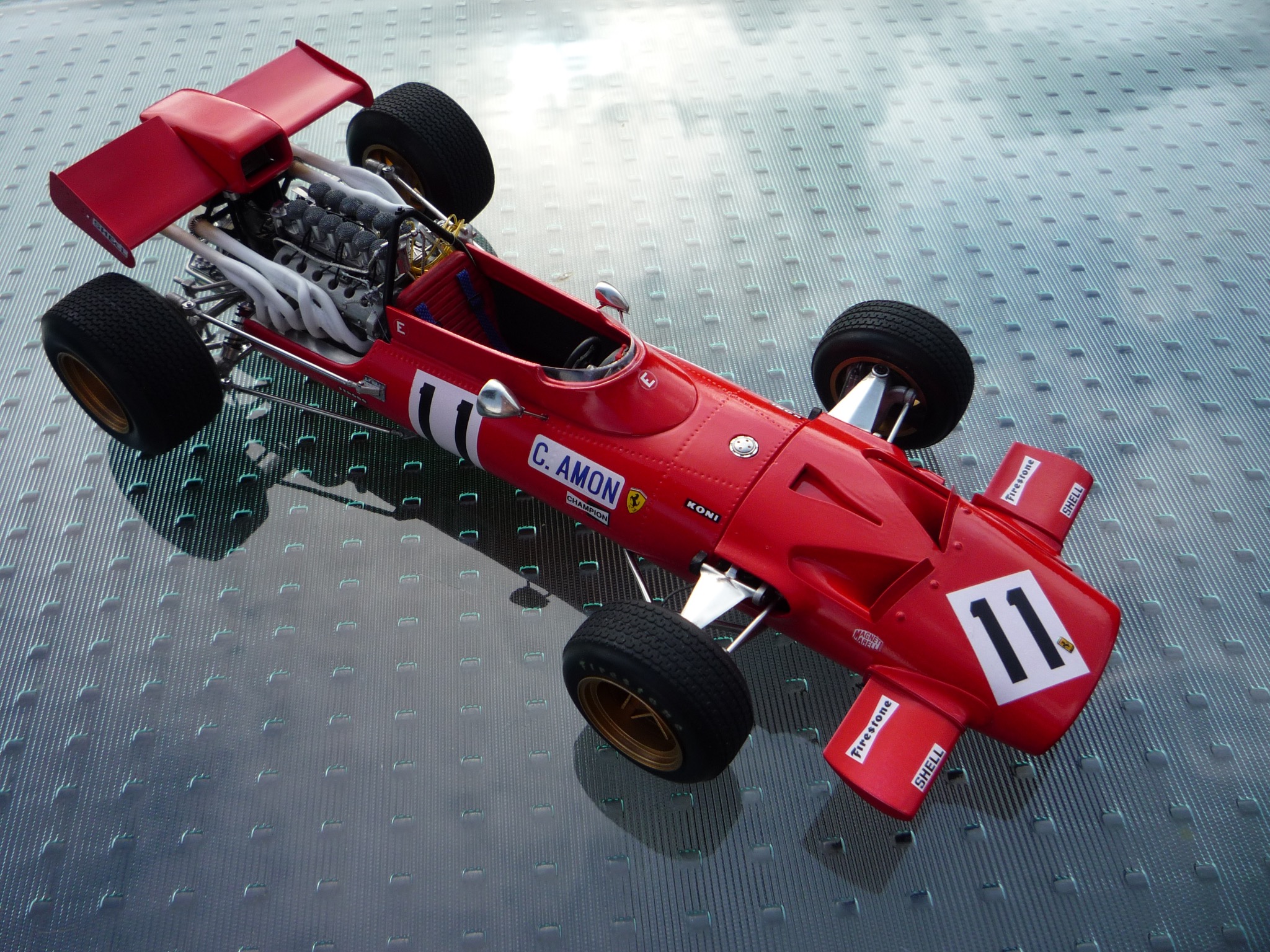 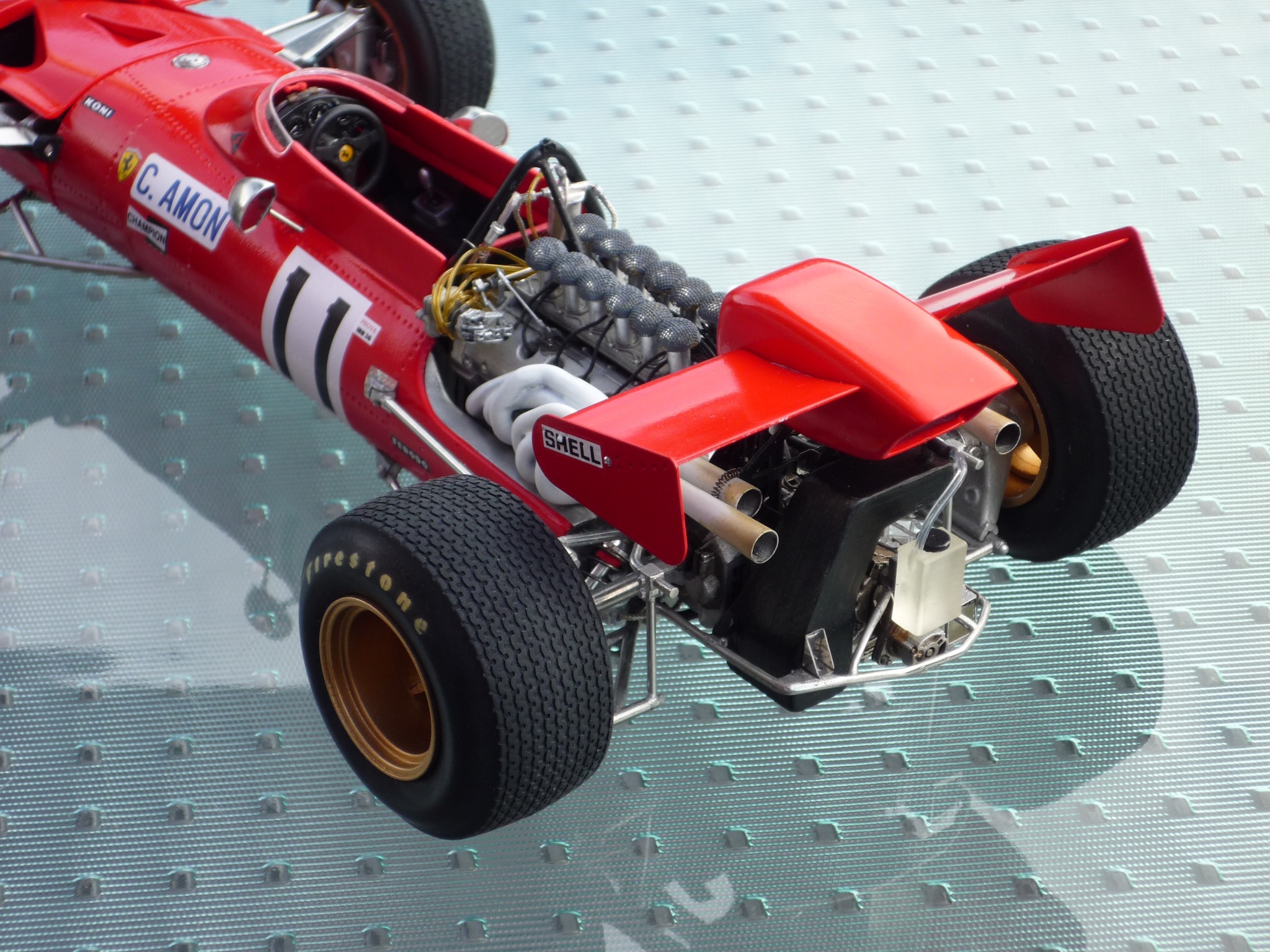 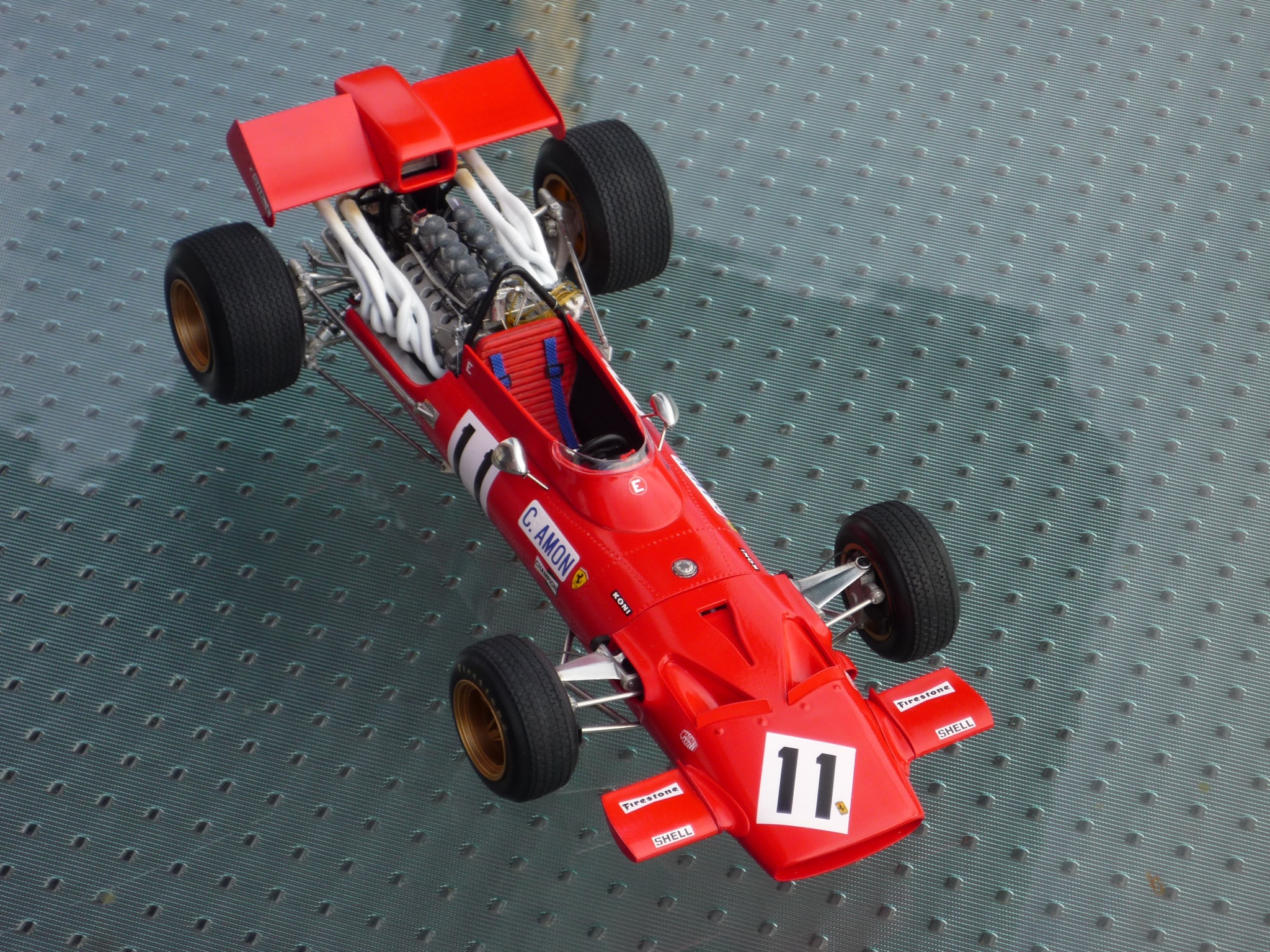 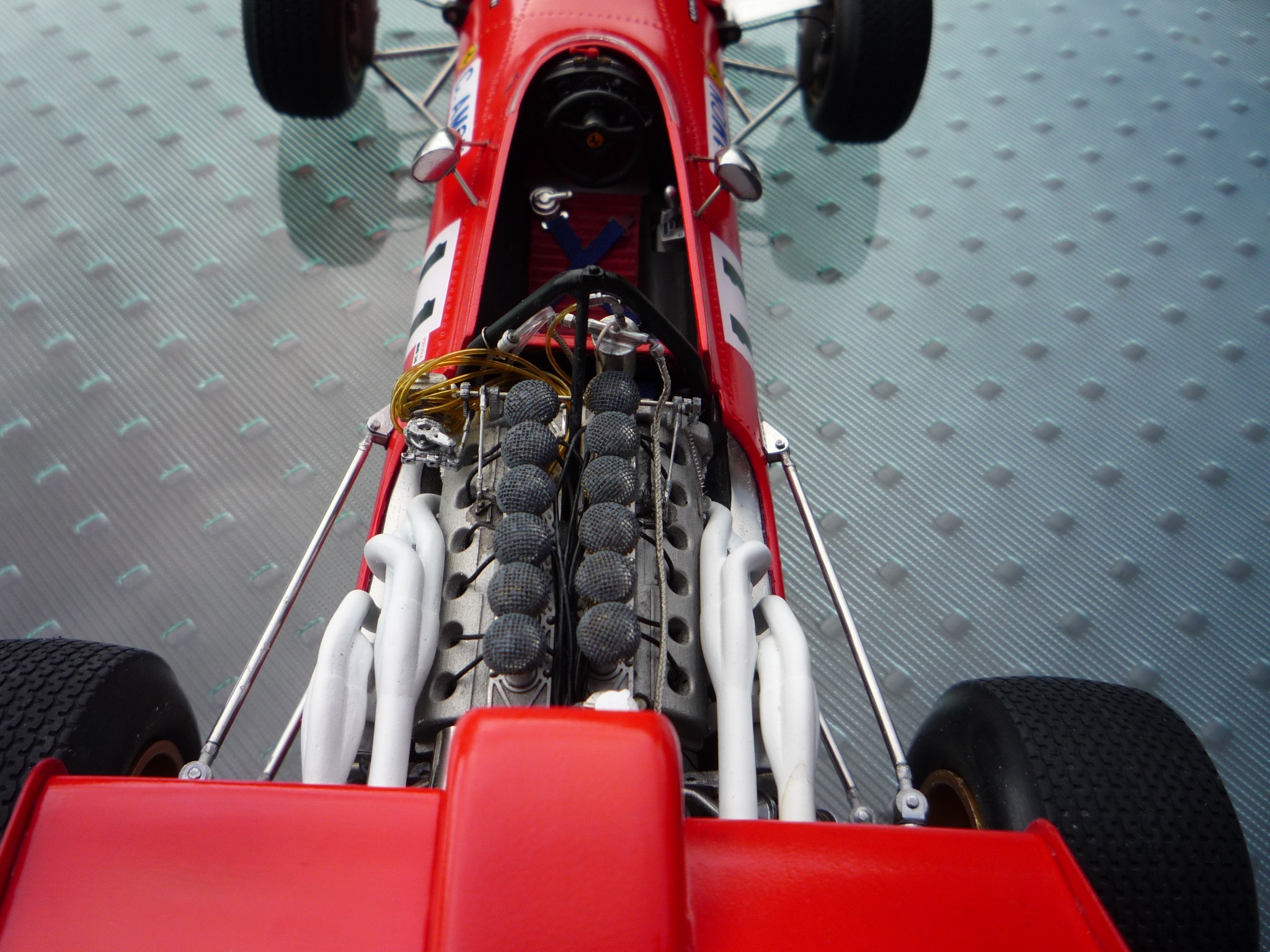 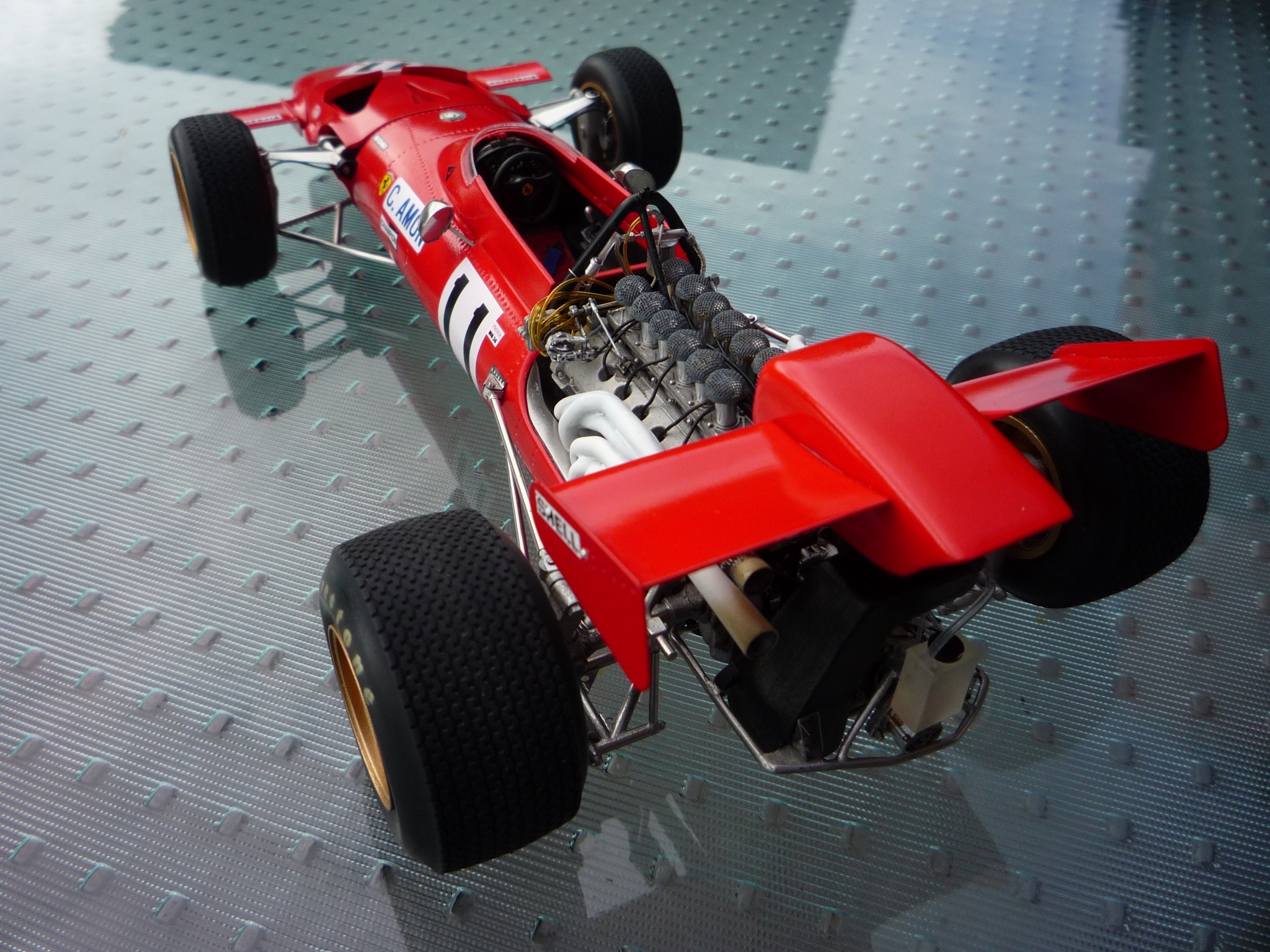 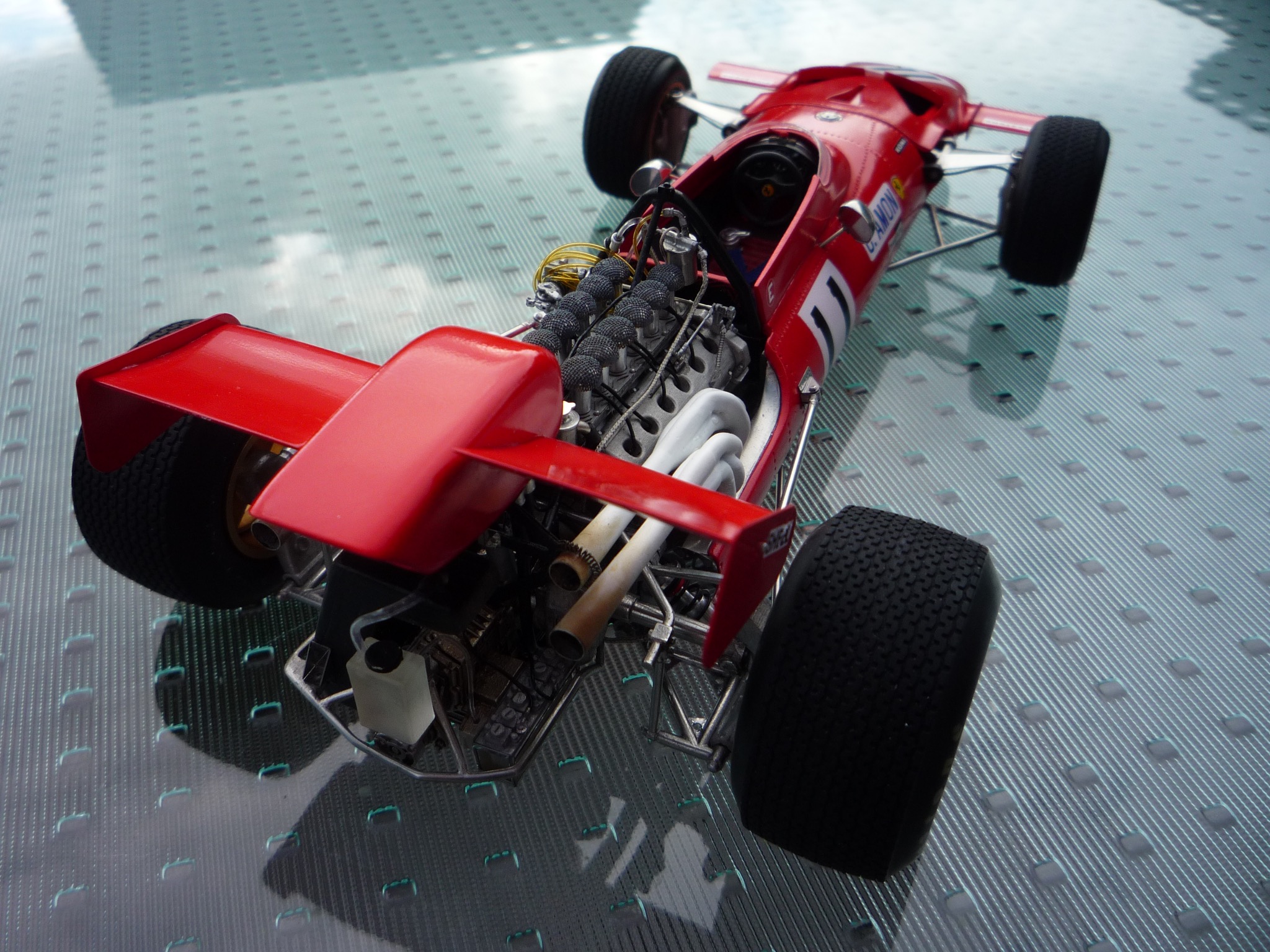 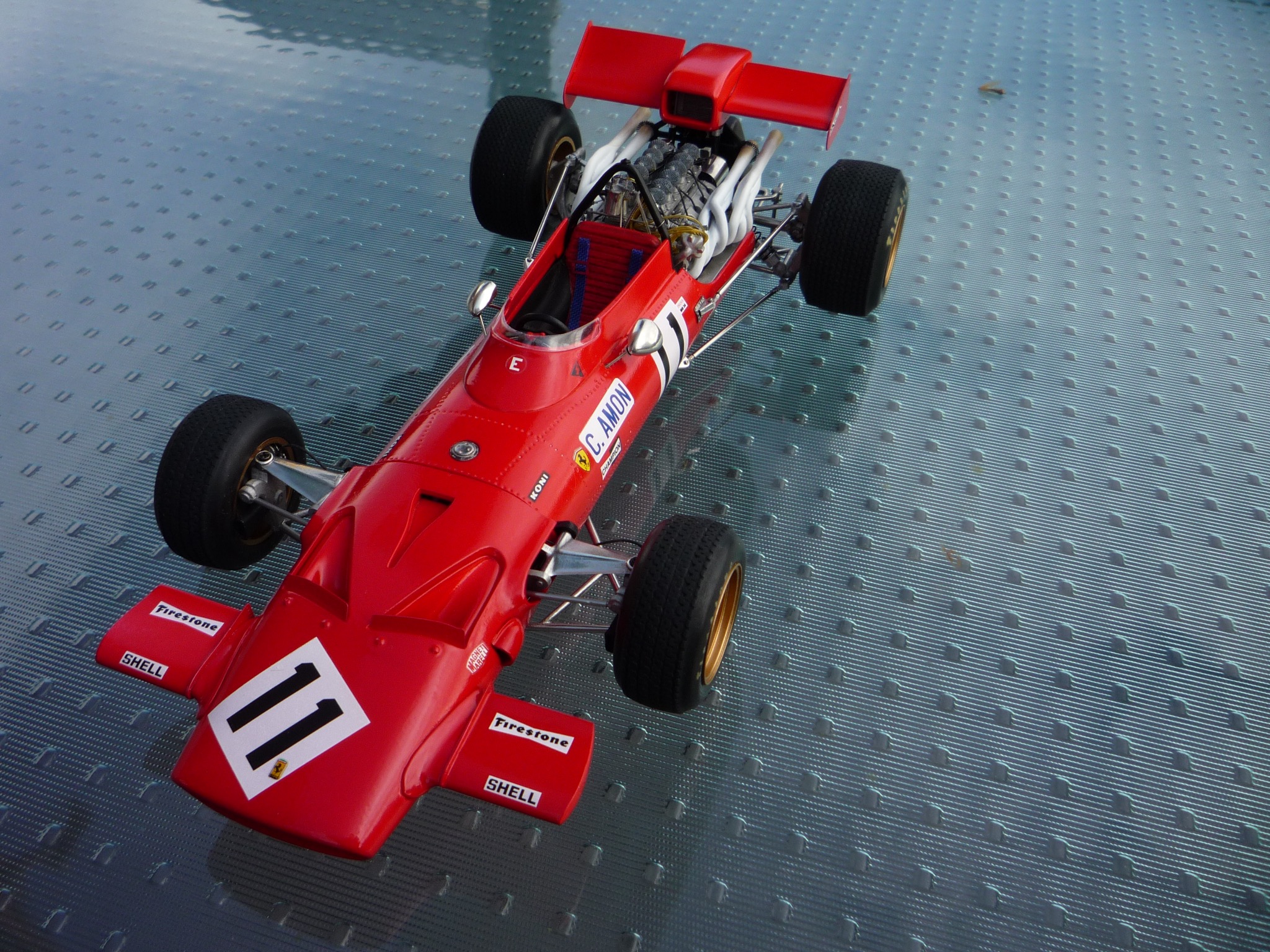 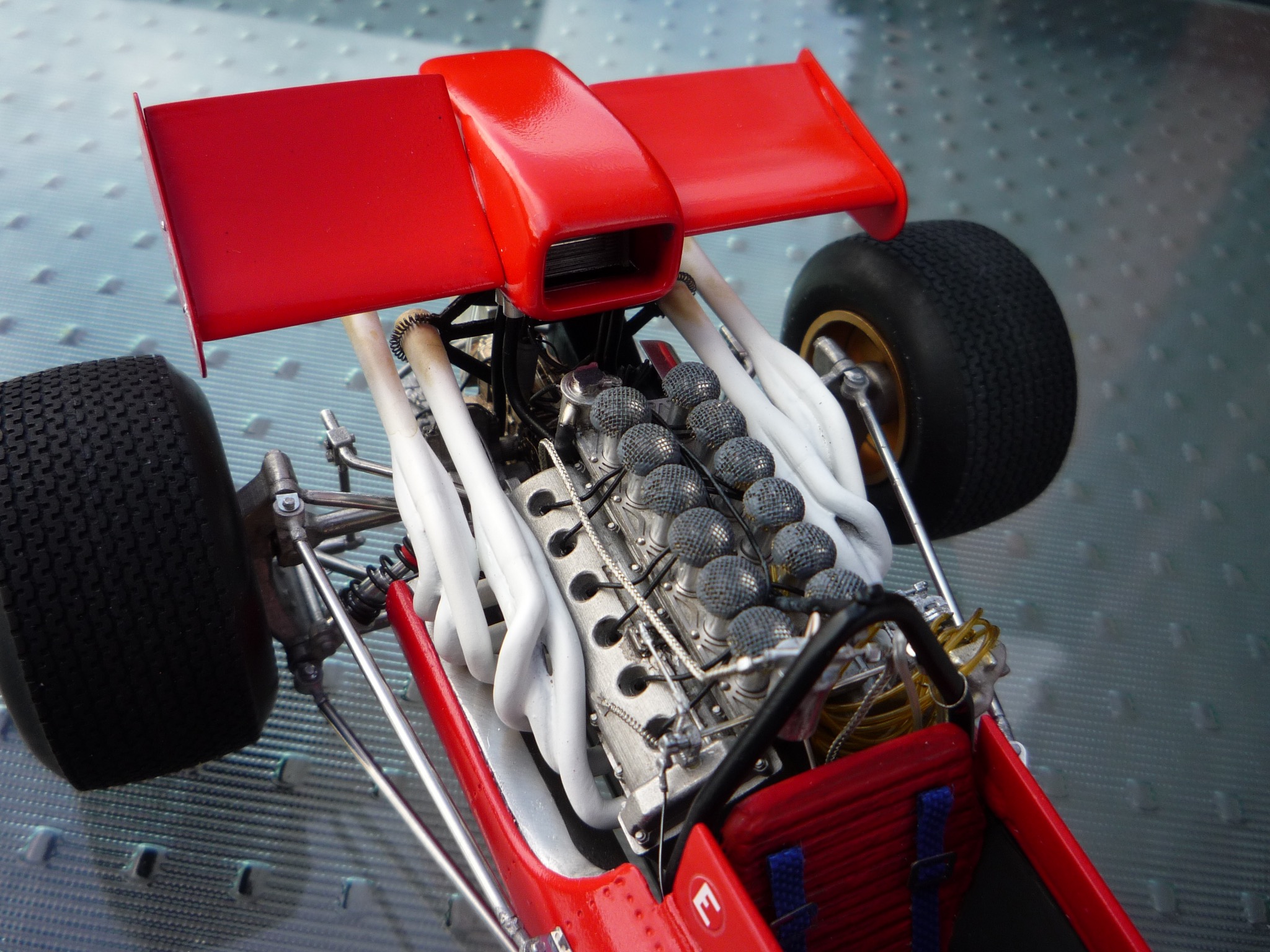 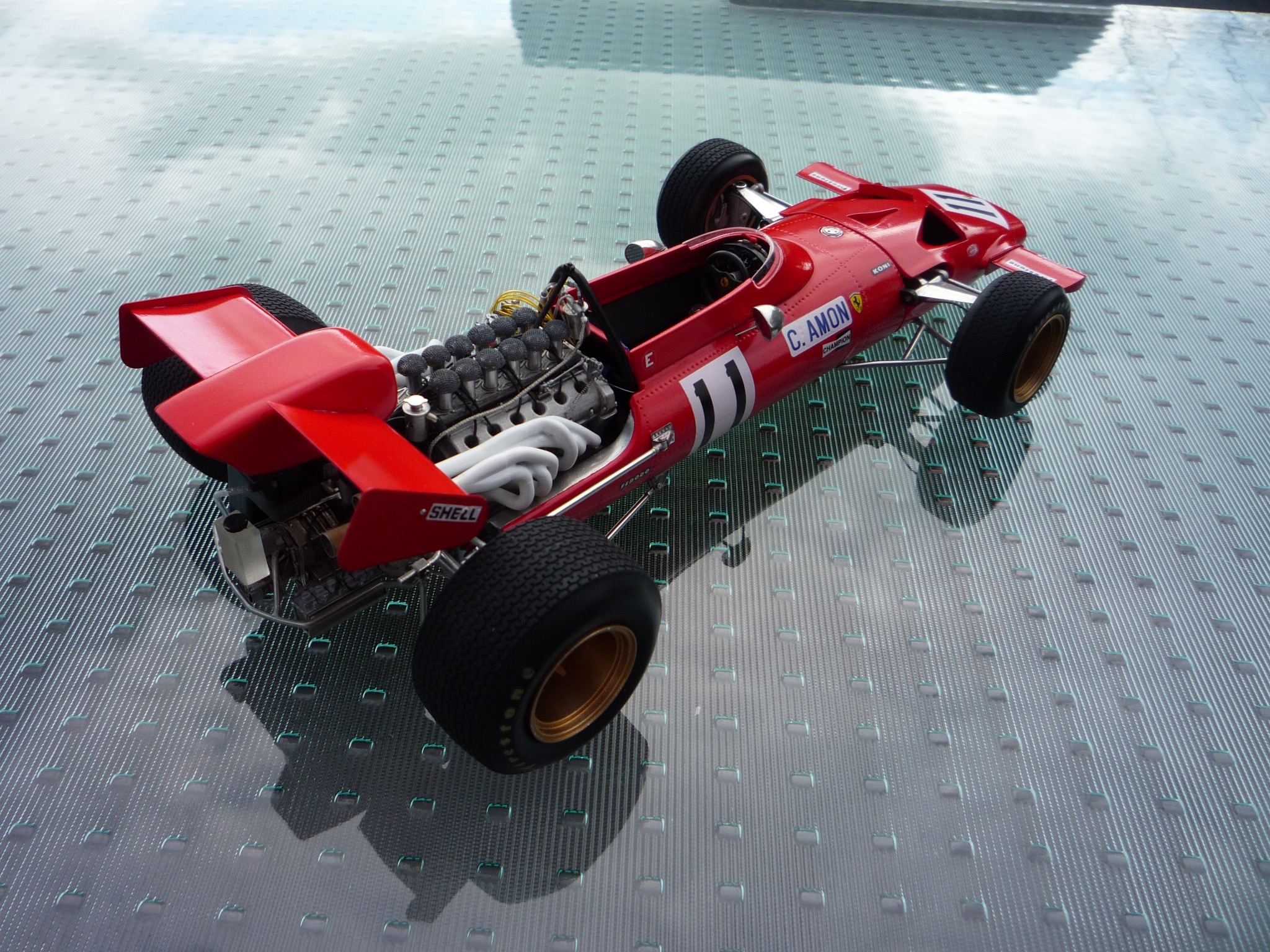 Less More
7 months 3 weeks ago #2 by Viperbuilder
Replied by Viperbuilder on topic MFH 1/20 Ferrari 312F1-69 British GP 1969
Well done in persevering with this kit and turning out a really well finished and good looking model Terry. I would be more than happy with the model in my cabinet.
On the bench:
Airfix 1-48 Tiger Moth

b
The following user(s) said Thank You: Terry