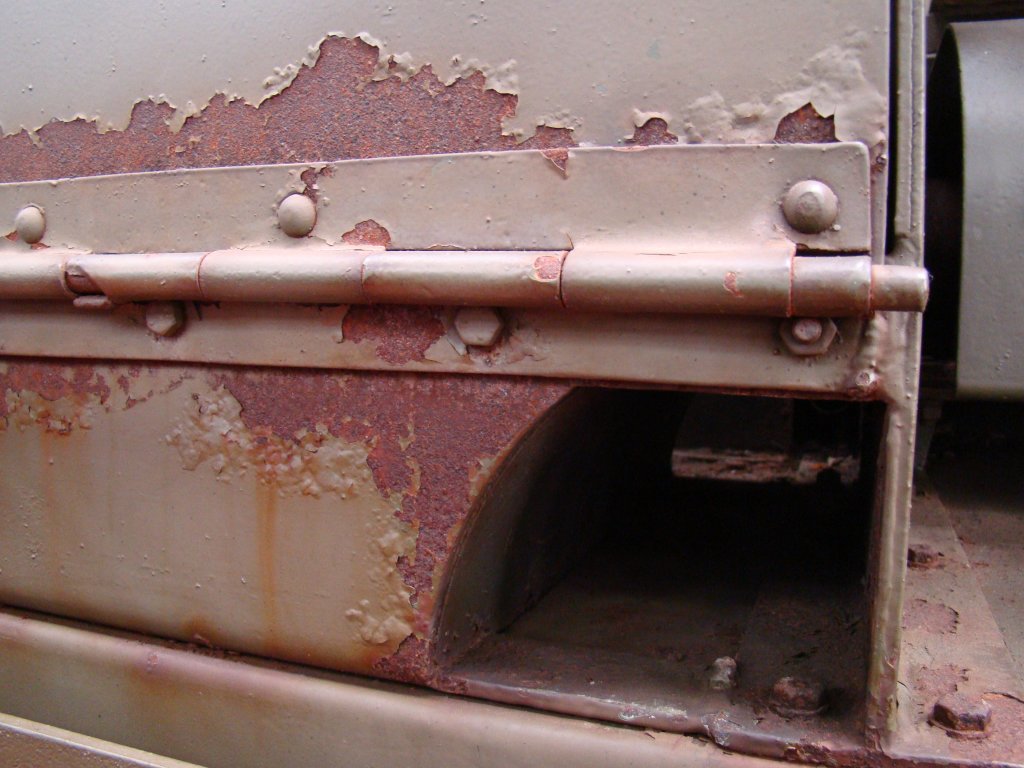 This close up shows how rust had caused the paint on the side of this AFV to flake away.  Paint can also be removed due to regular wear and abrasions.

This tutorial will provide a step-by-step guide to a technique that simulates paint chipping and rust effects using common table salt.  The method is quick, easy and relatively forgiving.

The pristine appearance of combat vehicles and aircraft when they come out of the factory does not tend to last very long when subjected to the hard realities of life in the field.

Even during times of peace, military equipment gets rough treatment since it will be subject to exercises that simulate combat.  As a result, the upper coats of paint will often show the underlying layers due to wear and tear, corrosion, or accidents. 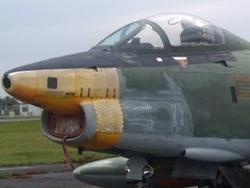 Unless you intend to make your models as they appeared when brand new, then you will have to face the problem of simulating wear, damage and dirt - generally known as 'weathering'.  Part of weathering a vehicle is simulating areas where the top coat of paint has been removed in places to show previous coats of paint, primer or even bare metal and rust.

Simulating chipped paint can be done in a number of ways:

These methods can be very time consuming and require a lot of skill.  Paint chips that have been painted often look - well -  painted on!  Using the following salt weathering technique is quite quick and easy.

Do not fall into the trap of thinking that every model needs to have copious weathering and paint chipping to look realistic.  Some vehicles are well maintained and painted regularly.  In some conflicts, vehicles and aircraft were regularly destroyed before they had a chance to exhibit any significant wear.

If you do decide that you model would benefit from some paint chipping, then carefully plan where should be.  Where are the places where wear would take place and what would cause it?  This is when reference photographs prove invaluable.

Finally, make sure that you know what the underlying surface should look like.  Paint chipped from an aircraft is likely to reveal a shiny metal surface.  On a tank it may reveal the primer coat or previous different coloured paints.  For example, many AFVs in the Gulf Wars had sand coloured paint hastily applied over Nato three colour camouflage.  Places subject to regular wear will show as shiny metal, whereas other places will quickly become rusty.  Knowing your subject also helps - many modern light AFVs have aluminium hulls which do not become rusty.  Also note that realism often comes from variability and you should avoid identical paint chips placed evenly all over the model. 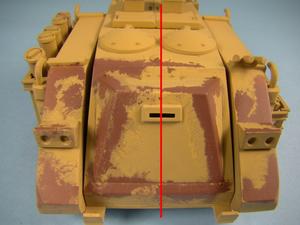 Salt weathering is fairly simple and quick, but I would strongly advise practicing before using it for real on a precious model.  In the photo on the right you can see my first two failed attempts at salt weathering.

Salt weathering is a simple and quick way of getting realistic paint wear and chipping on scale models.  It is not foolproof though and like almost all scale modelling techniques requires a little practice to get right.  Furthermore, it is very easy to overdo it and works best when used sparingly.